If you are bummed your local Starbucks is closed today for anti-bias training, consider this uncomfortable, inconvenient feeling as a reminder of the part we all play in the cultural epidemic of racial and sexual harassment and discrimination our country is struggling to come to grips with.  This is a very small price for coffee consumers and the company to pay,[1] but it is a great leap forward in terms of raising awareness and investing in an ounce of prevention.  Some are dismissing today’s effort as a publicity stunt, and it is definitely keeping this coffee company in the news, but even if it is designed to bolster their status, this is a positive development and other companies would do well to follow suit. 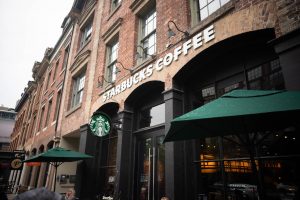 As Employment lawyers, we deal with the unfortunate, and sometimes, unintentional consequences of unconscious or implicit bias every day.  This is not a problem that can be solved with one training session, but studies[2] show that increasing awareness of bias, coupled with action-oriented strategies and thoughtful practice in confronting and addressing it, are effective steps in

working towards making American workplaces safer for women, older people, people of color, LGBTQ individuals, people with disabilities, and others.

Whether waiting at a table at Starbucks[3] or applying for a job or promotion as a bank executive, people of color are frequently denied equal opportunities to participate as full citizens in the United States.[4]  Some individuals face unlawful arrest or worse.[5]  The clients we represent suffer pay disparities,[6] hostile and discriminatory work conditions, harassment, denials of promotions, or even being pushed out of the workplace entirely, sometimes to accommodate the unconscious bias, or alleged comfort, of their white co-workers.  We also advise Employers who, like Starbucks, want to make efforts to improve their business environments.

Implicit Bias in the Workplace

When someone does not act in a neutral manner, but with a preference for or an aversion to a group of people, they have bias.  Implicit bias is when a person has thoughts, feelings, attitudes and perceptions, without being aware or conscious that they are affecting one’s behavior and actions.  Bias leads to different treatment when actions are based on assumptions about people based on their membership in a group or a single characteristic, such as their race or sex, accent or political party affiliation.  Although biases negatively impact our communities and workplaces, only certain biased conduct is subject to legal limitations.

In 2018, many Americans want to believe that we are not deliberately acting upon racist stereotypes or prejudices, but sadly, the reality for too many people of color belies this wishful thinking.[7]  All too often, there is a disparate impact even when no negative intention is present.  When enough power is behind implicit bias, the consequences can be dire.  The impact of bias and victims paying the ultimate price has been making headlines spurred, in part, by the Movement for Black Lives.[8]  In the employment context, the #MeToo[9] and #Times Up[10] movements have brought increasing awareness to workplace gender bias, but the problem of combatting discrimination remains elusive.  For employers, managers, and supervisors, the power of implicit bias can mean the difference between keeping or losing a valued employee and impacting someone’s career.[11]  Some courts are starting to recognize implicit or unconscious biases as a basis for discrimination,[12] so there is no benefit to putting our heads in the sand any longer or tolerating the status quo.

To understand examples of implicit bias, imagine the supervisor who, after years of observing stellar performance by his lone female engineer, just finds her a bit too aggressive to work with clients and passes her over for a promotion.  Consider the hiring manager, who reviews applications from five equally-qualified candidates, and picks the one from his neighborhood, or the same college, or with a name that sounds familiar rather than difficult to pronounce.  Then there’s the young, Caucasian sales representative, who keeps remarking that he thinks his African-American co-worker is so “articulate” and cannot understand why his colleagues of color do not want to work with him.  Conscious awareness of the potential for biases to show up in the workplace, and practicing different behaviors are good antidotes.  In other words, training, training, training.

What is an Employer to do?

In order to reduce the unintended and harmful consequences of implicit biases in the workplace, Employers can take straightforward and relatively simple proactive, preventative actions to begin to address this serious and complex problem, minimize risks of liability, and assure a fairer environment for all employees.

Noble Law’s Tips for Employers to Address and Reduce Bias

Employers can make a huge impact in addressing, preventing and redressing implicit bias and discrimination and reduce their potential liability!  Employees can make a difference by speaking up and not remaining silent bystanders.

Contact the Noble Law Firm for training, advice or a consultation on your workplace rights and responsibilities.

[12] See, e.g., Woods v. City of Greensboro, 855 F.3d 639, 652, 2017 U.S. App. LEXIS 8011, *29-30  (2017) (There is… a real risk that legitimate discrimination claims, particularly claims based on more subtle theories of stereotyping or implicit bias, will be dismissed should a judge substitute his or her view of the likely reason for a particular action in place of the controlling plausibility standard.”)

This entry was posted in Noble Notes. Bookmark the permalink.