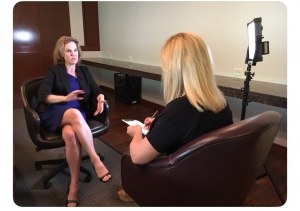 Since the #MeToo era began, the Noble Law Firm has seen a 500% increase in calls from women claiming sexual harassment in their workplace. Despite making the decision to report the harassment, though, there are often limitations in the law that prevent these women from taking legal action.

“Awareness is there,” Laura told WBTV. “The problem is that state laws – in particular, the Carolinas, haven’t kept up with where I think the national mindset is in the workplace.”

Laura noted sexual harassment is, in fact, not actually about sex, but rather about an assertion of power.

“Study after study has shown it’s based on power,” she said. “CEO’s of companies don’t usually get harassed.

Noble offered advice to any woman who feels she is being sexually harassed in the workplace. She encourages them to document everything, tell a trusted ally or mentor and follow the guidelines set in employee handbooks.

“And remember,” she emphasized. “The time for filing your claim is only six months.”

This entry was posted in The Noble Law in the News. Bookmark the permalink.